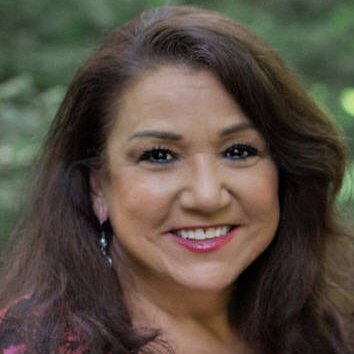 This project has chosen to focus it's attention primarily on Hypothyroidism because as Mary and Maggie say, “Almost all roads lead to hypothyroidism.” By this we mean that many of the diseases, disorders or failings of the thyroid gland eventually leave the patient in a hypothyroid state. —STD! Team

Your thyroid is a small, bowtie- or butterfly-shaped gland that normally weighs about an ounce. The thyroid is situated in the lower part of your neck, in front of your windpipe, and slightly behind and below the Adam’s apple area.

The thyroid’s most important purpose is to produce, store, and release two key thyroid hormones, triiodothyronine, abbreviated as T3, and thyroxine, abbreviated as T4. The “3″ and the “4″ refer to the number of iodine molecules attached to each hormone.

The thyroid is able to produce this hormone by absorbing iodine — an essential nutrient — from food, iodized salt and supplements. That iodine is then combined with the amino acid tyrosine, to produce T4 and T3.  Of the thyroid hormone produced by a healthy thyroid gland, about 80 percent is T4 and 20 percent is T3. T3 is the biologically active hormone that is used by the cells, and is several times stronger than T4. The body converts the inactive T4 to active T3 in the thyroid, or other organs, including the hypothalamus, a part of your brain.

Once it gets to the cells, the role of thyroid hormones is to delivery oxygen and energy, and drive metabolism. That means, thyroid hormone controls the process by which oxygen and calories are converted to the energy your cells and organs need. Specifically:

As you can see, the thyroid has an impact on every aspect of your health.

Like the thermostat in your house set to a particular temperature, and heat or air conditioning that comes on to heat or cool, your body is set to maintain a certain level of circulating thyroid hormone.  It is when disease or damage to the thyroid gland takes place, or the feedback process malfunctions, that we see thyroid problems developing.

Thyroid problems are widespread, and it’s estimated that more than 200 million people around the world have thyroid disease. The most extensive problems are seen in area covered in the past by glaciers, where there is not enough iodine in the soil and in foods. In many of these iodine-deficient areas, an enlarged thyroid, known as goiter, is seen. According to the World Health Organization, iodine deficiency is the world’s most prevalent – yet easily preventable – cause of brain damage. It’s common, affecting more than 740 million people worldwide — 13% of the world’s population. As many as an additional 30% of the population worldwide is at risk of iodine deficiency-related problems.

Mild iodine deficiency in a pregnant mother can cause cognitive and developmental problems in her children that may reduce a child’s IQ by as much as 15 points. Serious iodine deficiency in a pregnant woman can cause stillbirth, miscarriage, and a congenital abnormality known as cretinism in her child. Cretinism is a serious, irreversible condition involving often severe mental retardation, and is most common in iodine-deficient areas of Africa and Asia.

The thyroid can become overactive (Graves’ disease and hyperthyroidism, enlarged (goiter), develop lumps called nodules, and less commonly, become cancerous. The most common condition in the United States, however, is hypothyroidism.

A percentage of the American public is iodine deficient, but the primary cause of thyroid problems in the U.S. is autoimmune thyroid disease — where the body manufactures antibodies that cause the thyroid to malfunction. According to the latest diagnostic standards, there are as many as 60 million people in the U.S. with thyroid conditions, but no more than approximately 15 million have been diagnosed and treated.

Thyroid disease prevalence increases with age — and some experts believe that a woman in the U.S. faces as high as a 20-40% chance of developing a thyroid problem during her lifetime. Generally, women are seven to eight times more likely than men to develop thyroid conditions.

Besides iodine deficiency and being a woman, there are a number of risk factors for thyroid disease. These include genetics and heredity, personal or family history of endocrine or autoimmune disease, infection, exposure to goitrogenic foods, cigarette smoking, pregnancy, certain drugs, particular chemical exposures, radiation exposure, and many other factors.

In the U.S., the majority of thyroid conditions results from autoimmune disease, and in particular, Hashimoto’s disease — a disease where antibodies attack the thyroid gland and gradually make it incapable of producing thyroid hormone.

Hypothyroidism is a condition of too little thyroid hormone. This lack of hormone can be due to a thyroid that isn’t producing enough hormone, a thyroid that has been radioactively treated (which effectively makes it nonfunctional), a thyroid that is affected by drugs and nutritional deficiencies, or a thyroid that is incapable of functioning properly due to nodules, infection, or atrophy. In some cases, the thyroid is surgically removed — all or in part — as a treatment for cancer, nodules, goiter, or hyperthyroidism, leaving most patients permanently hypothyroid. A small number of people have congenital hypothyroidism, meaning they were born without a functional thyroid.

Conventional medicine relies on a test of the pituitary hormone TSH (thyroid stimulating hormone) to diagnose and manage hypothyroidism. Integrative physicians typically conduct a more detailed assessment, evaluating not only TSH, but Free T4 and Free T3 — the circulating thyroid hormones — as well as thyroid antibodies.  The diagnosis of hypothyroidism is a source of great controversy in the medical world, with a majority of conventional physicians relying on the TSH test — yet disagreeing as to where hypothyroidism should be diagnosed within the normal reference range. Integrative and holistic practitioners tend to look at TSH, along with the Free T4, Free T3 and antibodies, to get a picture of whether the thyroid levels are optimal for wellness, and not just “within range.”